“These findings will come as no surprise to anyone in our rural communities who are having to live with the increasing threat of drug-related crime where they live.

“Drug gangs are increasingly crossing borders to find new markets on their doorstep but away from major towns and cities. This is something police forces in mainly rural areas have been having to deal with for some time with little appreciation of the problem or support from those who could make a difference. That needs to change.

“Our research shows that people in rural areas are more afraid of crime than those in more metropolitan areas. We can only address that by having more police on our streets and residents having more confidence in them. The 20,000 additional officers promised by the government is positive – as long as we get our fair share in rural areas. We have large geographic areas and a need for more visible policing which we can only achieve through more officers. That would help deter those who travel to rural towns and villages which are seen as an easy target, making rural communities safer and feeling safer.

“The Government needs to recognise the nature of crime is more complex and nuanced than ever. Rural areas are not quiet backwaters where crime is not a problem, they have significant challenges and our police forces need fair funding to address them. Too often urban areas receive the majority of the money, as shown with the recent allocation of money to deal with knife crime, often fuelled by drugs. As today’s research shows, that can simply push crime elsewhere and that’s not fair on rural communities who are too often ignored by those in positions of power.” 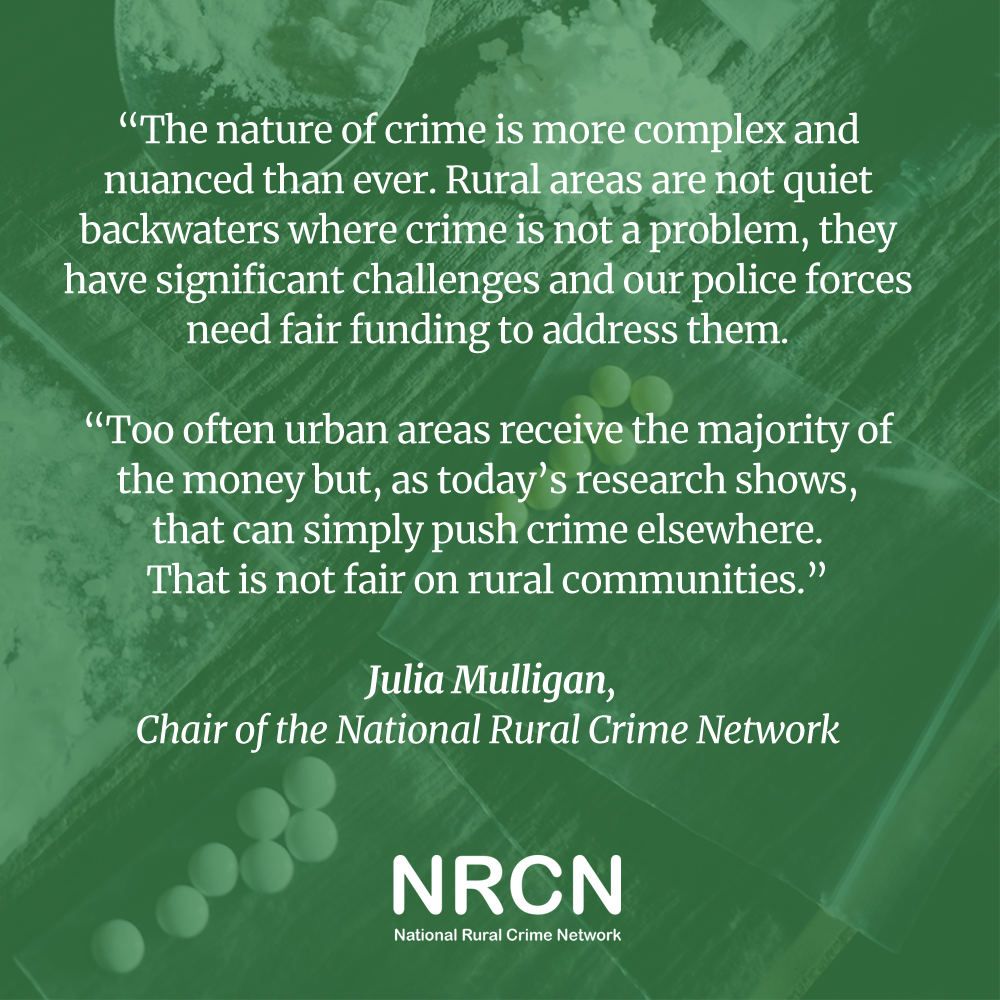 Government urged to do more to tackle rural crime