How to ensure government ‘thinks rural’

How can we ensure rural voices are heard during the forthcoming General Election? Jessica Sellick investigates.

Back in 2010, the government set out a number of policy commitments which were intended to have a direct impact on the countryside.

With aspirations to turn old thinking on its head and develop new approaches, the ‘Programme for Government’ set out proposals for the devolution of power and greater financial autonomy to local government and community groups; radical reform of the planning system; a ‘home on the farm’ scheme; and measures to help with fuel costs in remote rural areas.

But what’s happened since this initial fanfare? And with an election just weeks away - and the political parties finalising their manifestos – how can we ensure rural voices are heard? Jessica Sellick investigates.

In May 2010, the Coalition government set out a five-year programme for change. Under the strapline ‘freedom, fairness, responsibility’ the document contained a series of commitments to help people come together to make life better. Within the Environment, Food and Rural Affairs section (pages 17-18) the Government set out commitments to protect the environment, make the economy more environmentally sustainable and improve quality of life and well-being.

The Department for Environment, Food and Rural Affairs (Defra) went on to develop a ten point growth plan as well as a business s plan – both underpinned by four priorities: (1) leading the world in food and farming; (2) protecting the country from floods and animal and plant diseases; (3) improving the environment; and (4) championing the countryside and improving rural services.

In January 2015, the Environment, Food and Rural Affairs (EFRA) Select Committee published its inquiry into the performance of Defra 2013-2014. The Committee commended Defra on its diligence in updating farmers on the new Common Agricultural Policy rules and for ensuring that the biodiversity offsetting pilots are fully evaluated.

However, the committee described its frustrations “that our concerns about the lack of clarity surrounding pending budget reductions have not been addresses... the Secretary of State must be clearer about where budget cuts will fall and what impact this will have on Defra's policy delivery. We understand that the Secretary of State makes decisions based on outcomes in line with Defra's priorities, but the priorities in themselves do not provide a clear guide as to where the axe will fall. Defra has not provided the clarity or detail needed to scrutinise the Department's planned expenditure or policy delivery”.

Throughout the Coalition, Defra has adopted input and impact indicators to help the public assess the effects of policies and reforms on the cost and impact of public services.

Interestingly, none of this key data references ‘rural communities’ directly rather they become subsumed within datasets such as ‘number of domestic, businesses and other premises in hard-to-reach rural areas that have the potential to receive superfast broadband’, the ‘cost of local authority waste management per household’ or ‘number of households where the risk of damage from flooding and coastal erosion has been markedly reduced’.

More broadly, and set out alongside its four overarching priorities, Defra has completed 48 actions with a further 20 actions in progress and 2 actions overdue (negotiating EU regulation on genetic resources and animal welfare).

Defra itself is currently undergoing a reorganisation. From April 2015, the Department will be moving to a new two-directorate structure covering ‘Food and Farming’ and ‘Countryside, Biodiversity and Rural’. This brings together the responsibilities currently spread between three directorates – Rural Development, Sustainable Communities and Crops (RDSCC); Sustainable Land Management and Farming (SLMF); and Food and Environmental Risk (FER).

This is part of an attempt to make it simpler for people to understand who does what in Defra.

Also from April, Defra will be consolidating its work on rural development, the rural economy and rural services by creating a single, large team. This is intended to bring together mainstream rural policy with the main source of rural development funding, to strengthen how Defra supports rural communities. While the reorganisation means ‘rural communities’ will no longer be subsumed within a directorate that also had crops in its title, it will be interesting to see how this reorganisation unfolds and what this means both for the Rural Communities Policy Unit (RCPU) and Defra’s strategic role as a ‘rural champion’ across Government.

Most importantly, how can we ensure rural communities are not forgotten amid indicators, actions and internal reorganisation?

‘The Rural Challenge 2015’ published by The Rural Coalition sets out headline priorities for the next Government. This includes calls to build upon progress on neighbourhood planning to address rural communities concern about the wider impacts of planning reform; the need to address delays in making high-quality broadband and 4G readily available in market towns and rural areas; and how the gap between rural and urban areas in terms of government funding per head for local authority services is too great and unjust.

The document sets out five priorities for action: (i) recognise the role played by social care and community support in preventative action on health in rural areas; (ii) scale-up and roll out existing models of successful community action (e.g. Village Agents); (iii) strengthen the role of rural community facilities as outreach centres for health and social care; (iv) overhaul the formula for NHS funding of commissioning groups to include a ‘sparsity factor’; and (v) drop plans to remove the Minimum Practice Income Guarantee for GP surgeries or amend the scheme.

In a ‘Charter for Rural Communities’, Jeremy Phillipson (Newcastle University) proposes that rural proofing of growth plans and policies should be pushed forward across all business sectors and localities. Setting out the dynamic features that enable rural economic growth (e.g. more businesses per head of population than many urban areas, rural areas have pioneered privatised and community led delivery of local services), the charter would provide a new commitment to rural enterprise.

These findings chime with Defra’s own analysis which suggested increased connectivity, spread of innovation, growth in knowledge-based industries and changes in working patterns could lead rural areas to ‘catch up’ with their urban counterparts over the next decade.

This could increase the output of rural areas by around £35 billion and create more than 300,000 jobs. According to Environment Secretary Elizabeth Truss, “This is a truly exciting time for rural communities within the countryside set to become even more of an economic powerhouse for the UK, building our economic security. Improved infrastructure is a great driver of change and our investment in broadband and transport links, together with improved mobile phone signals, is unlocking the huge potential for growth in the countryside where entrepreneurial activity is outstripping many parts of the UK”.

Members of the Rural Services Network (RSN) will already be familiar with our Manifesto which focuses upon eleven interlinked policy topics. This includes a wide recognition that local solutions work best and welcoming a renewed debate about devolving powers to local levels. Here meeting rural needs is not seen solely as an issue for Defra, for one for all Whitehall departments and agencies.

The manifesto echoes many of the documents cited above in calling an incoming Government to recommit to the principle of rural proofing; ensure that any proposals to devolve powers away from the centre give as much consideration to rural areas as cities; and that Defra’s Rural Communities Policy Unit (RCPU) – or any future equivalent – plays a coordination and promotional role across Whitehall.

Amid all these documents and a bit of informed crystal ball gazing into 2015, I would like a future Government to tackle three overarching issues: (1) helping more people to be able to live and work in rural England – as well as more people able to grow up and get old in the countryside; (2) one hundred percent mobile and broadband coverage in rural England; and (3) no further dilution of any investment in rural policy or comprehensive ‘rural thinking’ by government.

With the dissolution of parliament expected on 30 March and the election itself on 7 May 2015, watch this space...

Jessica is a researcher/project manager at Rose Regeneration; an economic development business working with communities, Government and business to help them achieve their full potential. She is about to undertake a review of a Lottery funded project focusing on how to conserve and improve a town’s assets for future generations as well as completing a European project on ‘social value’. Jessica’s public services work includes research for Defra on alternative service delivery and local level rural proofing. She can be contacted by email jessica.sellick@roseregeneration.co.uk or telephone 01522 521211. Website: www.roseregeneration.co.uk. Twitter: @RoseRegen 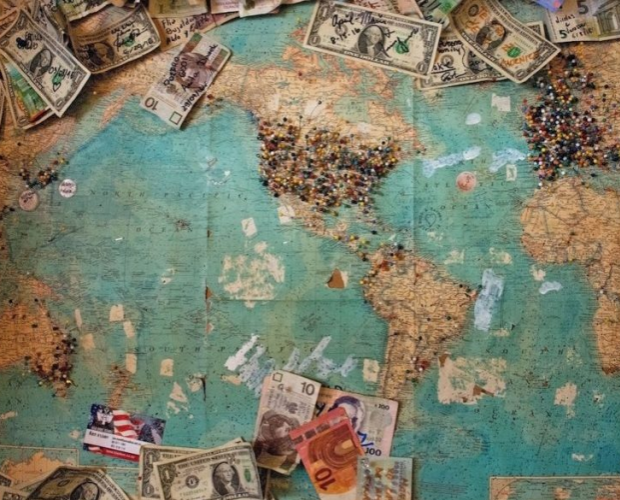 What would a ‘basic income’ for rural residents look like?