Priced off the road

“For those living in rural areas owning a car isn’t a luxury, it can be a necessity, a necessity that is becoming increasingly difficult to afford”.

The story included a focus on food banks in rural areas, and both the difficulty for volunteers who can no longer afford to fill their cars to transport food donations to rural residents, along with those receiving food parcels from the food banks that struggled to reach them as they were unable to afford the petrol to get there.

People from rural areas have to travel further and for longer, public transport tends to be more expensive and less frequent and rural forecourts often charge more so when prices rise, its rural communities that really feel it. 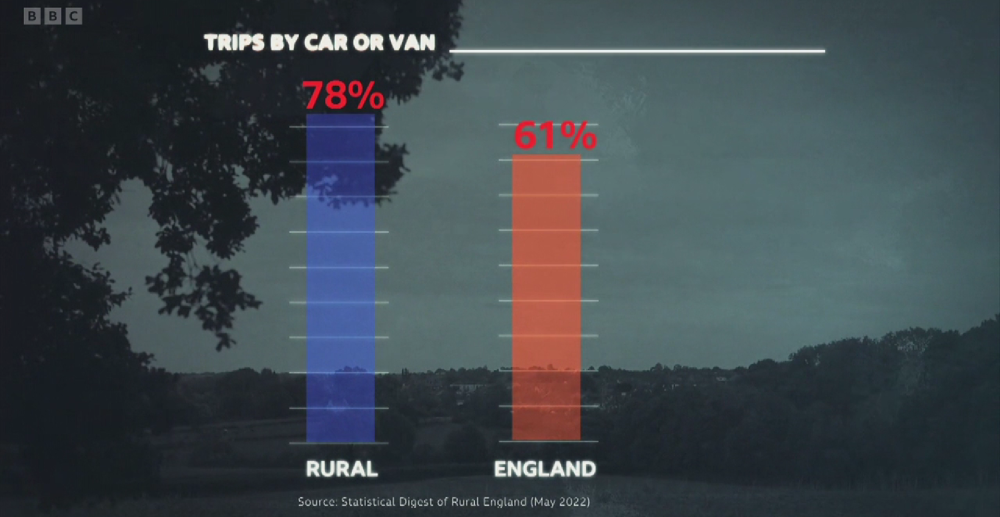 The RSN has been campaigning to raise the issue with government on the disproportionate impact of rising fuel prices on rural communities. It has written to the DEFRA Minister and received a response which can be viewed at this link

The letter included the following:

Rural Communities
Firstly, we are concerned for those on low incomes that due to a lack of public transport options, rely on their private vehicles to access employment, training, health services and essential services. They travel further than those in urban areas and without the public transport option, the rising prices will have a greater impact on the amount of disposable income that they have.

Secondly over a million people in rural areas heat their homes with heating oil and gas and the recent increases in prices will have had a significant impact on their spend on fuel, leaving them with little option but to spend a greater proportion of their household income on heating. Not all announced interventions to support those whose homes are heated by mains gas and electricity will reach these rural residents.

Rural Local Authorities
Rural Councils will have already set their budgets for 2022-2023 based on the Governments Final Local Government Finance Settlement and anticipated at that time spend on vehicle fuel to deliver services. As oil prices continue to rise, this will have a greater impact on those in rural areas than urban. Waste collection rounds already cost more in rural areas due to the distances travelled and increased fuel prices will have a significant impact on the costs to be borne by rural councils.

In addition, school transport costs will be significantly higher in rural areas and impacted by this situation. All Officers delivering services to remote communities such as Environmental Health, Planning, and particularly Social Care Services will have a substantial cost implication with increased fuel prices.

This is against a backdrop of rural councils already being disadvantaged:

Therefore, Rural Local Authorities will have greater financial pressures on their core budget, thus reducing the amount they have available for spend on discretionary services such as public transport, economic development and support to the voluntary and community sector.

We urge the Government to consider the specific challenges faced by rural communities and rural Local Authorities during this period of Global Fuel Costs rising and take the following action:

Rural residents will pay £800 more per year to keep driving

Cost of living crisis: 'People heating one room with firewood'