David Cope, UK100’s Countryside Climate Network Coordinator, spoke at the Rural Service Network’s annual conference Revitalising Rural on Thursday. In this adaption of David’s talk, he spells out why we need to include the rural voice in climate action and highlights some informative examples of councils engaging residents

UK100 is the only network for local authority leaders with a focus on net zero. But until recently, our network was predominantly urban. We recognised that we needed to be more inclusive, to support rural authorities that had distinctive challenges and opportunities around climate action, and to ensure that the rural voice was incorporated into our national advocacy campaigns.

That was why we created the Countryside Climate Network. We currently have 23 members from across England, together covering over 40% of the country and making up 20% of UK100’s membership.

So far, more than 280 local authorities have declared climate emergencies. The ones that are generally finding it easier to act are those that have more devolved power or funding. But others, including many counties, unitarities and districts, are also acting positively.

This second group is able to do so because they have the political will, public support and determination. We think that building consent and support among local residents is crucial for the success of climate action – it is a key aspect of building the power to act.

National polling tells us that concern about climate change is high. Before the pandemic, YouGov polling showed us that a quarter of the public felt that the environment was one of the most important topics facing the country – behind Brexit and health – with 74% concerned about climate change.

The pandemic hasn’t changed this. YouGov reported in July that ‘COVID-19 has not kicked environmental issues into the long grass’, with a quarter of Brits still viewing the environment as one of the most important issues facing the UK.

In spite of these general statements, it is evident that this doesn’t make the implementation of climate friendly policies smooth or simple. The introduction of low traffic neighbourhoods and pop up cycle lanes as a policy response to the need for travel adaptations to Covid-19 have demonstrated that even with a groundswell of enthusiasm for action, this doesn’t mean that everyone has provided their consent and support.

And even though the UK government is changing its position on support for onshore windfarms, there is still nervousness about whether communities will support their development locally.

That’s why we advocate for a high degree of engagement between local politicians and a broad cross-section of the residents and businesses in their areas. Last month we held a webinar on ‘mini publics’ – citizen assemblies and citizen juries – to discuss the pros and cons about their use in building consent and support in local communities around climate action.

On 10 September, Climate Assembly UK – more than 100 ordinary people representing the diversity of the British public, commissioned by the UK Parliament – presented its report. The Assembly members supported the swift implementation of a variety of policies that the BBC referred to as ‘radical’, including banning gas boilers, frequent flier taxes, swift transition to electric vehicles and reductions in meat and dairy in diets.

But vitally, Assembly members also identified that the policy changes could only happen if there was better education for all on climate action. They highlighted that fairness needed to be an underpinning principle of the transition, and individuals and local areas needed to have freedom of choice.

To me this highlights that the public are potentially very ready for radical changes, as long as they are part of those changes and they are not imposed on them. The importance of local choice and local solutions stood out for me too.

The importance of engaging residents in action

Local authorities are well versed in engaging their residents in decision-making. As ambitions around climate action increase, it is ever-more important to involve residents in a discussion about what is acceptable and desirable to them. Here are a few examples from members of our Countryside Climate Network.

In Herne Bay, on the Kent coast, part of Canterbury City Council, planning permission has recently been given for the UK’s first green hydrogen plant. Powered by electricity generated by an offshore windfarm, this plant will produce hydrogen for use by buses, initially in London, but once production increases and new bus fleets are fitted out, it will be used by hydrogen-powered buses in Canterbury too.

Some local residents had objected to the development on safety grounds – hydrogen being potentially explosive. The Councillor for the ward, Dan Watkins, one of our Countryside Climate Network members, had many conversations with local residents to discuss safety concerns, explain the risk profile and the project’s benefits. This type of engagement is crucial in achieving climate action.

In Cornwall, another one of our members, they recognise that some climate actions could be detrimental to some residents. So they have committed to ensuring no Cornish resident is worse off as a result of climate action. They developed a decision-making ‘wheel’ that balances environmental ambitions with social needs.

With use of this framework, they have decided to not install fossil fuel heating in any new council-developed housing, have invested in a bike and walking network of trails to link together housing and economic growth areas, and are using central government funding to reduce bus fares across Cornwall.

And in Cambridgeshire, the county council is working on a project that will replace oil fired central heating with ground and air sourced heating in the entire village of Swaffham Prior. The scheme is being offered to the village, but whether or not residents buy into it is up to them. The project was inspired from community members and this local ownership has been instrumental in building the support for adoption.

For all these reasons, we are about to commission some research into the views of rural residents on specific climate actions – including around transport, heating, energy generation and land management to name a few. This research will dig into what it is about these specific actions that make them easy to commit to, or contentious.

By understanding these issues better, we will be better able to explore ways to engage a broad section of rural society. This will allow local politicians to frame discussions about specific climate actions, equipping them to build consent and support locally. Ultimately, by building this consent and support, their power to act will grow.

If you’d like to join UK100’s Countryside Climate Network, please do get in touch with Coordinator David Cope. 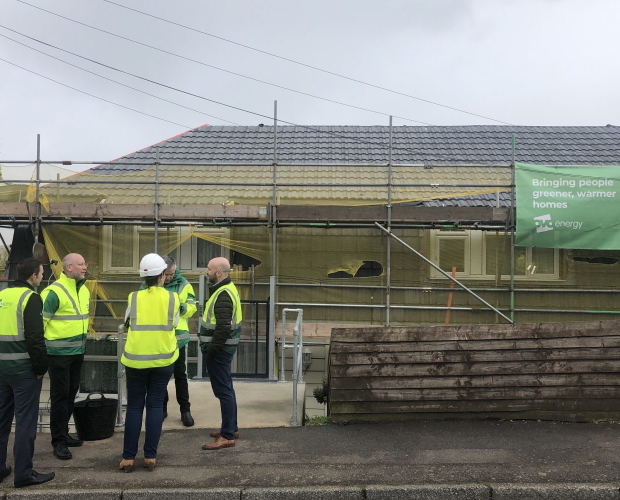