A NATIONAL survey aims to uncover the impact of crime and anti-social behaviour on rural communities.

The biggest ever rural survey into crime and anti-social behaviour seeks to find out how the police can better serve rural communities.

It is being conducted by the National Rural Crime Network (NRCN), which is supported by 29 Police and Crime Commissioners and police forces across England and Wales.

People living or working in rural areas are being encouraged to take part in the survey to help build a picture of what is a widespread but often misunderstood issue.

NRCN chairwoman Julia Mulligan, who is also North Yorkshire's Police and Crime Commissioner, said the ultimate aim was to help shape the future of crime prevention and rural policing.

"The full scale of crime in rural areas has never before been assessed," she said.

"While official figures show rural crime, like crime in general, is decreasing, we are concerned about the wider implications on people and communities.

"The fear of crime can be as detrimental to people's wellbeing as crimes themselves, so we are keen to find out more through this survey."

Ms Mulligan said the aim was to build a clear picture of the issue to shape future delivery of services locally and nationally.

"By completing the survey, people can really have their say on how crime affects them and what they expect from local police and their partners involved in community safety."

The survey, which is taking place with support from the Home Office, aims to build a body of information to improve national awareness of rural crime.

Findings will be used in a bid to ensure the human costs such as psychological impacts of crime are taken into account and police funding is spent where it is most needed.

The ultimate aim is to make rural communities safer.

Ms Mulligan said: "This survey is an important step towards delivering a better service to communities and making the countryside a safer place to live and work."

The survey will be open until Wednesday, 24 June. To complete the survey, visit http://www.nationalruralcrimenetwork.net/survey?member=RSN 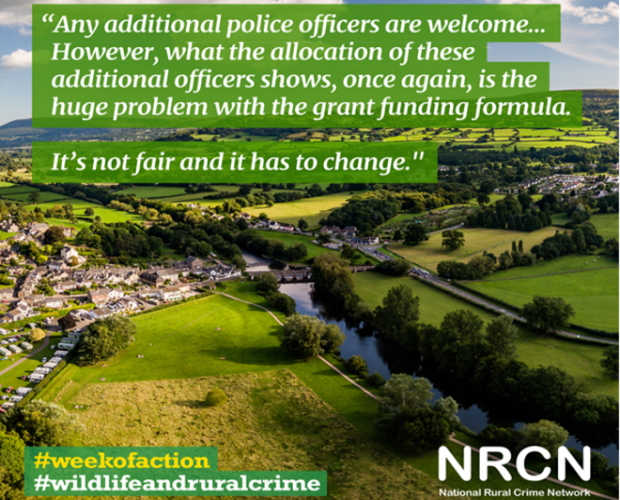