PROBLEMS of rurality seem to be intractable, writes Gordon Morris.

PROBLEMS associated with rurality and life in the countryside appear to be intractable, writes Gordon Morris.

Associated with access to services, employment, and leisure, they are functions of population sparsity, demography, opportunity, and geography.

Relatively small numbers of people, living a long way from one another in remote places makes for expensive and possibly limited service provision.

Opportunities in rural areas for young people, the poor, and those disadvantaged by, for example, a lack of transport, are also bound to be limited. 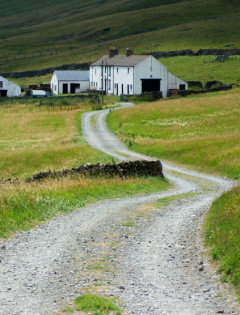 The old and the frail are similarly disadvantaged.

In addition, financially hard-pressed service providers find it difficult to meet people’s needs during a time of constant change in central and local government structures, priorities, and ways of working.

These problems are not new. How can they be? Remoteness is remoteness. Although it is possible to travel faster today than 150 years ago, the relative advantage of the townies’ access to services and facilities remains.

Similarly, although working and communicating via broadband internet connections have transformed life in rural areas, broadband speeds in London, for example, can be twice the speed of those in rural areas.

For many years now, people interested in rural lives and livelihoods have lobbied tirelessly to improve the lot of country people.

Current concerns are so familiar as to be almost traditional.

They include the rural exodus of young people, an ageing population, disparities between urban and rural public expenditure, the loss of post offices and doctors' surgeries, the closure of schools, the lack of affordable housing, and the loss of a sense of community caused by the increasing number of incomers.

According to the Commission for Rural Communities, however, the vast majority of rural dwellers are happy with their lot.

Rural education standards tend to be higher than in urban areas. So do incomes. There are also quality of life advantages, and a healthy amount of rural entrepreneurial activity.

But there is also, according to the commission, plenty of rural disadvantage.

There is an obvious contradiction between the increasing popularity of rural life, with its - in many ways - vigorous economies and vibrant communities, and the persistent and much-researched problems associated with rural disadvantage. 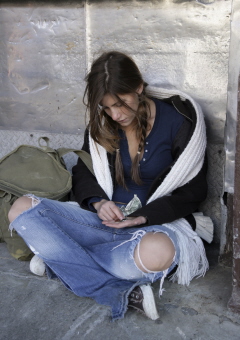 Concern about rural England seems to be embedded in the English psyche.

In the 19th century, there were concerns about the adverse effects of improvements in transport and education on rural services.

In the 1930s, according to early documentary films, there were familiar worries about the exodus of young people from the countryside, and the need for village halls and other facilities - a view often repeated since in numerous reports.

In the 1980s, Rural Voice’s Village Ventures film urged people to use their Post Office or lose it - or, in the case of the village pub, "Booze it, or lose it".

There is a certain sense of déjà vu about all of this, and, possibly, a certain comfort amongst, albeit frustrated and caring, policy makers, academics and practitioners that, if nothing else, their employment is assured.

The solutions to these problems are obvious, but they are unlikely to be implemented.

For example, financial and access poverty could be overcome by increasing benefits via a rural premium to cover the additional costs of travel, or providing more housing at affordable (subsidised) rents.

The rural wealthy could be subjected to higher taxes, of income or, perhaps, of land - a source of revenue favoured by Tom Paine in the 1790s, Churchill in 1909, and discussed recently by Professor McLean of Oxford University.

Tax income could be hypothecated to meet the needs of the rural poor. After all, those who would be taxed often express their concern for the rural disadvantaged.

Similarly, incentives to persuade businesses to relocate in rural areas could be (re-)introduced. More money could be invested in mobile provision of, say, dental clinics - as was the case in some areas in the 1950s and 60s.

The rural premiums long called for by SPARSE could be provided. Proven schemes such as Wheels to Work could be made statutory, and paid for accordingly.

Experience suggests these changes are unlikely to come about, provoking questions about the effectiveness of approaches to rural development, and value for money.

The fundamental problems facing the disadvantaged remain largely unchanged and, despite all the evidence and experience, conventional approaches seem only to maintain the status quo.

Is there a better way, or is it the destiny of those employed in rural development to be forever trying to say old things in new ways?

Gordon Morris is a freelance writer and researcher in rural development. He can be contacted at gm@tanglewood.u-net.com.

Apprenticeships – training people for (rural) jobs of the future?

‘Working at scale’ – what do Primary Care Networks mean for rural communities?