What's [not] in the Rural Statement

The government pledged to issue a rural statement this spring. It's been a long time coming, says Jessica Sellick.

The government pledged to issue a rural statement this spring. It's been a long time coming, says Jessica Sellick.

According to the Department for Environment, Food and Rural Affairs (Defra), the Government will soon publish a Rural Statement. The Statement can be traced back to April 2011, was officially announced in November 2011, originally due to be published in spring 2012 but has now been postponed until the autumn. Intended to demonstrate how Government is supporting rural areas through existing and future policies, what is the Statement going to do for rural communities and (importantly) what is or should be in it?

In June 2010, Environment Secretary Caroline Spelman announced a review into Defra's arms lengths bodies, including the Government's intention to abolish the Commission for Rural Communities and create a Rural Communities Policy Unit (RCPU) within the Department. This led to a Consultation (in November 2011) on the new rural policy functions within Government, which included proposals for a Government-wide Rural Statement. In Defra's Business Plan 2012-2015 (refreshed on 31 May 2012), under action 3.12 'championing rural needs and interests across Government', the publication of a Rural Statement demonstrating how policies and programmes deliver benefits to rural residents, businesses and communities had started and was due to be completed by July 2012.

In correspondence between the Minister for Natural Environment and Fisheries, Richard Benyon and Anne McIntosh MP (Chair, Environment, Food and Rural Affairs Committee) in June 2012, Benyon described how since its creation, the RCPU had been "carrying out a careful assessment of the rural evidence base, considering how best to gather evidence relevant to current policy issues as well as more strategic, long-term evidence about the changing drivers and characteristics" [of rural England].The RCPU Evidence Plan 2011/12 stated that the functions of RCPU would be fully set out in a Rural Statement which it expected to be agreed with Ministers and published in May/June 2011(!) The Plan states that RCPU's role is one of influencing policy-making and delivery in all parts of Government and to ensure that the implications for rural interests are incorporated appropriately. This includes the analysis and monitoring of rural conditions (e.g. through baseline evidence led by Defra's rural statistics team and through commissioned research).

With parliament shut for the summer and it apparent that the Statement has not emerged within the timescales stated in the documents above, it is now likely to be launched in the autumn. What impact (if any) is this delay having on ensuring the Government's commitment to rural communities? And will the Statement - when it comes out – focus on issues of critical important to rural communities? I offer three points.

Firstly, attempting to meet the needs of rural communities within national policy responses is well established. The 'Our Countryside: the future Rural' White Paper (2000) aimed to move away from an outdated, picture postcard version of the countryside, to one where people had access to the jobs and services they required. This 'fair deal' and belief in 'a countryside for everyone' was underpinned by a ten point plan or Rural Service Standard.

The Rural Delivery Review carried out by Christopher Haskins in 2003 considered how to improve the effectiveness of delivery arrangements for Defra. The report concluded that this should evolve to take account of wider developments in Government, including the commitment to devolution and making public services more accountable and locally responsive.

As a result, the Rural Strategy (2004) took up the vision for rural communities set out in the 2000 White Paper and outlined a new devolved and targeted approach to rural policy delivery (including streamlining 100+ rural funding strands to improve the 'customer experience'). The Taylor Review of Rural Economy and Affordable Housing (2008) had a clear message: that the planning process had to become an engine of regeneration or the countryside faces a future of decline.

With the election of the Coalition Government in 2010, three overarching rural priorities were assigned to Defra: (1) to support and develop British farming and encourage sustainable food production; (2) to help to enhance the environment and biodiversity and improve quality of life; and (3) to support a strong and sustainable green economy resilient to climate change.

Defra has subsequently published plans and strategies and is now focusing upon their implementation: from the Natural Environment White Paper and the announcement of Local Nature Partnerships to the Growth Review and establishment of Rural Growth Networks. Most recently, in July 2012, Defra launched a series of rural proofing resources prepared by Rose Regeneration, Brian Wilson Associates and Rural Innovation underlying the principles of good service design and delivery.

The rural policy journey since 2000 whilst retaining some of the ethos of 'living working countryside' has undergone a delivery transition: from regional bodies and funding streams to attempting to be locally responsive and private sector led. Yet what has remained a constant is a sense that the countryside is at a crossroads, with issues such as planning, the reduction of (access to) public services and affordable housing all serving as stark reminders that for many people the countryside is not a picture postcard.

Secondly, what will the Rural Statement focus upon? The RCPU has a particular focus on Ministers' stated rural priorities around housing, broadband, services, transport and fuel. Within these priorities, heath is emerging as a key area. Defra is working with the Department of Health to refresh the 2005 Rural Health Toolkit (commissioning the Institute of Rural Health to undertake the project). Alongside this, the Government preparing to launch a refreshed National Suicide Prevention Strategy.

Similarly, Communities and Local Government (CLG) have let contracts to examine the delivery of the Right to Challenge, Right to Bid and Right to Build. There are also overarching areas which cross cut these stated rural priorities, namely localism and the big society, economic growth, quality of life and the sharing of good practice (all of which are likely to feature in the Statement). It is not too late for RSN readers to contribute to the debate.

The Environment, Food and Rural Affairs (EFRA) Select Committee is carrying out an Inquiry into the work of RCPU, its ability to act as a rural champion at the heart of Government and its effectiveness in delivering rural development. The Select Committee is seeking evidence on: (i) what should be in the Rural Statement, (ii) whether the Government is focusing on the correct priorities and (iii) if the measures announced in Defra's Uplands Review do enough to support sustainable hill farming. RSN members are invited to address these and related matters in writing by 3 September 2012. So if you were writing the Rural Statement what would be in it? And, in Defra terms, how will this improve 'the customer experience' for rural dwellers?

Thirdly and finally, how will the Rural Statement promote rural needs and interests across Government and beyond? It has been suggested that involvement from Number 10, The Treasury and Department of Energy and Climate Change have resulted in several delays to the publication of the Rural Statement. On the one hand, this involvement could be good news in highlighting how Defra is supporting other departments to take account of 'rural' needs and interests; on the other hand to what extent will this address some of the issues, concerns, opportunities and threats facing rural areas? For it is clear going forward that the Government now wants to move from flagship schemes to local examples and adopters at grassroots level.

The Rural Insight Survey provides a comprehensive overview of the opinions and experiences of rural dwellers, businesses and local groups. The 2011 Survey found people in rural areas were up for – and already – volunteering to support their local community but did not wish to formalise this commitment or to undertake additional activities or activities that would replace public services that were being cut or withdrawn. The emerging findings from the 2012 Survey (due to be published in the autumn) illuminate how people believe living and working in rural England is becoming less sustainable.

Does the delay in publishing the Rural Statement underline Government's commitment to rural areas or does it mean rural is under the line and remains off the radar? Although the Rural Insight Survey and Rural Statement are not intended to be calls for special pleading for rural, combined with the Select Committee Inquiry they may provide important opportunities to re-focus decision-makers on a distinctive rural agenda within policy-making.

Jessica is a rural practitioner at Rose Regeneration. Her recent article on Defra's refreshed Business Plan and Capability Action Plan can be found here. Rose Regeneration has particular empathy and enthusiasm for rural and coastal issues. Work currently being undertaken includes: supporting a Rural Growth Network pilot area, researching rural poverty for Oxfam GB, developing and testing a Rural Economy Planning Toolkit and an evaluation of cultural led regeneration in seaside towns. Rose Regeneration recently supported Pennine Prospects with its application for the South Pennines to become a Local Nature Partnership (which received Government approval) and has completed Local Level Rural Proofing resources for Defra. Jessica can be contacted by email jessica.sellick@roseregeneration.co.uk or telephone 01522 521211. Website: www.roseregeneration.co.uk 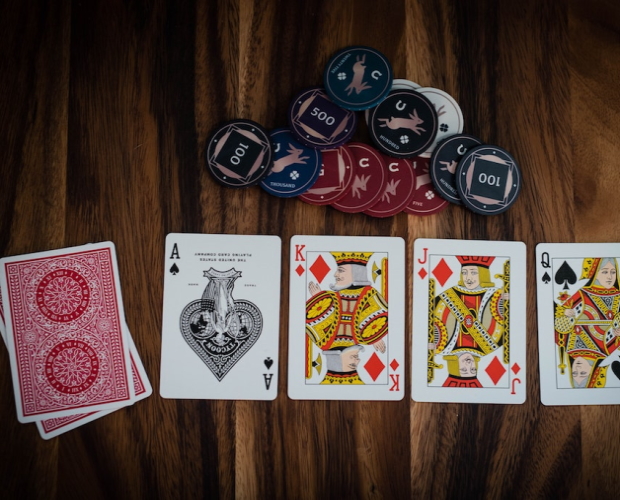