A new approach to market towns? 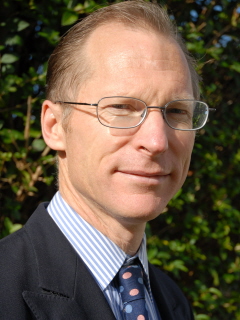 HAVE we all been sleeping?

Or, more specifically, do we need an overhaul of the notion of ‘market towns’, and national policy towards them?

This is equivalent to the total population of Greater London and the West Midlands.

And yet it is rare for market towns to receive any policy focus - apart from patchy and ad hoc market towns initiatives, promoted by some regional development agencies.

Even the phrase "market towns" means these settlements are perceived as comfortable and non-problematic, says Professor Shepherd, who is also chairmain of the Rural Evidence Research Centre.

Yet in practice they have social and other issues like urban areas.

And they vary widely so one blanket description is unsuitable for all.

Professor Shepherd classified each of the towns – not all of which are in rural areas – into eight distinct groups, each of which he summarises by factors such as their main population group or job opportunities.

Members of Action for Market Towns said the typology would help councils in their economic development, community development and planning activities.

And they felt it would be useful for making comparisons with other towns, regionally and nationally, and so promote a better understanding of each town’s role.

Professor Shepherd calls the towns ‘the forgotten fifth’ (they account for 22% of the national population), and says they should receive far greater attention from policy makers.

“The towns have been neglected strategically and are not mentioned in policy making,” he says.

Although the towns have only 7% of the land, they have 90% of the people, and should therefore be the focus of planning policies when it comes to new housing, job opportunities and public services.

But this is not the case.

In contrast, far more attention is focussed on land policy for national parks and Areas of Outstanding Natural Beauty – even though far fewer people live there.

Professor Shepherd’s views are echoed by another recently published study on how the recession is affecting market towns, undertaken by Action for Market Towns and the Centre for Local Economic Strategies.

"National policy priorities simply do not reflect the needs of market towns and much more needs to be given over to considering the economic role that rural centres play," concluded the report.

The report also criticised the lack of understanding about the role market towns play in regional/local economies.

And, like Professor Shepherd, it said towns were forgotten from policy making, which tended to focus on large urban centres

“Recent focus is on urban areas and the very rural - small towns fall between the two.”

TO overcome this, Action for Market Towns is looking to get market towns back onto the government’s agenda.

It has submitted proposals aimed at improving the economic vitality of towns during the recession.

It also wants towns to receive greater financial support through reduction in business rates and greater co-operation from shop landlords.

Legal assistance, including protection against out of town shopping centres, improved infrastructure and transport links could also help revitalise towns.

It is also calling for greater devolution of powers and resources to towns.

“The time is right for a much greater policy focus on the needs and challenges of rural market towns,” says Sarah Longlands, director of policy at CLES.

Broadband and the road to 5G inquiry

Developing a theory of change: mapping out the “missing [rural] middle” or (re)describing a process?...

Kindness is all around us – but what part should it play in policy making?

How can we develop a picture of income [in]equality in the countryside?