The group noted apologies for the meeting. A list of attendees/apologies can be found in Appendix A.

2.   Consider the Minutes of the last RSN AGM meeting. (Attachment 1)

3.   Appointment of Chairman for the ensuing year (to also be the Chair of the SPARSE Rural SubSIG).

Cllr Robert Heseltine proposed that Cllr Celia Motley continue in her current position as an excellent chairman. The proposal was seconded and agreed by the group. No further nominations were received.

Cllr Motley thanked colleagues for their support and acknowledged the good work of staff at RSN who she said invariably respond to changes in a professional and constant manner. Members were thanked for their continued support and their attendance at meetings.

4.   To approve the revised Constitution. (Attachment 2)

The focus of the Group is for the betterment of the rural areas of England and the people who live and work in these areas. The Group cannot and does not deal with any matters relating to disputes or potential disputes between the various tiers of local government serving these rural areas.

Members agreed the Constitution as proposed and to include the additional clause.

5.   Appointment of Vice Chairmen for the ensuing year (to also be the Vice-Chairman of the SPARSE Rural SubSIG).

The nomination of Cllr Heseltine as First Vice-Chairman by Cllr Motley was agreed by members.

The list of other nominations proposed was noted and agreed en-bloc. Representatives from the South East were invited to put their names forward if they had an interest in filling the vacant post.

Members agreed that Executive could fill that position without the need for further consultation.

The next RSN AGM meeting will be held on 16th November 2020.

7.   Consider the Minutes of the last Rural Assembly meeting. (Attachment 3)

Members accepted the minutes of the last Rural Assembly meeting (08.04.2019) as a true account of the meeting.

8.   Consider the Minutes of the last RSN Executive meeting. (Attachment 4)

(a) Mr Biggs asked the group to note that it has been agreed that work will be taken forward with the Institute of Economic Development around “rural proofing” of Local Industrial Strategies. Further information on this will be provided at a future meeting.

(b) David Inman then updated members on work around the Rural Market Towns Group. More than 200 invitations have been sent out to town and parish councils all over England. 48 towns and large parishes have responded with an interest in joining the group. Ideally, it would include a market town / parish from each of the areas of member authorities. Members noted that the exercise is currently under way and the group will proceed further to the next RSN Executive meeting in January 2020. Members asked for clarification on the actual market towns which have already signed up and were referred to the website for more details.

(c) Members were asked to note two points within the minutes:

Paragraph 9a: Increase to the subscription by 2% above the staffed increases already approved.

Paragraph 16: Rural vulnerability will continue as a cross-cutting priority.

Mr Inman outlined ongoing difficulties around recruiting new members and spoke about the loss of several members over time due to austerity issues. He acknowledged that establishing and addressing the different needs of members and potential members is difficult given the restraints of the group, but that RSN are working hard to reach consensus on most issues.

Members formally approved for 2020/21 the proposed 2% raise in subscription beyond the staged increases previously approved.

Members were informed of a shortfall of £27k in membership payments received to date. Mr Inman stated that chasing these payments was a priority but, besides that, the budget is as anticipated and there should be a positive balance. Mr Biggs indicated that members would be contacted to see if they can push their own authorities for payment of owed subscriptions.

Decision: The budget was approved.

Cllr Motley invited Kerry Booth (Assistant Chief Executive, RSN) to provide a summarised report on the National Rural Conference. There had been 86 delegates at the conference and close to 120 people in attendance, including speakers and the exhibitors etc. Feedback had been very positive, and the overall feeling was good. Some had asked for networking opportunities to be increased next year.

Members were pleased with the successful outcome of the conference.

Members noted a slight variation to the dates proposed for the regional meetings and these were subsequently agreed.

Members noted the importance of ensuring that they sign in their attendance at meetings, both for feedback to the authorities and to ensure accuracy of the minutes.

Our Work Supporting the Economy in the National Park Area

Mr Lee outlined some of the challenges involved and the key messages around the mechanisms needed in order to allow rural areas to be more ambitious. National Parks are keen to work with other rural services to enable a better understanding of issues in common. Members noted the kinds of problems which limit rural areas in thriving.

The speaker provided economic insights into the South Downs National Park work programme and members noted their policy framework aimed at distributing development to include affordable housing, supporting digital and other relevant benefits to rural areas. Rural economy and tourism are key. Members noted current projects which provide opportunities for employment, increased tourism and effective land use which include an expansion of industries such as vineyards, development and support of neighbourhood plans, affordable housing. Members heard about farming and work around sustainability and were referred to work on Whole Estate plans in order to inform and act as a tool in planning and preparation.

The Chairman thanked Mr Lee for an interesting and informative presentation.

The following points were raised:

He spoke about the importance of the National Parks brand.

The presentation can be found here.

The Chairman welcomed Ms Farmer from Landscape Architecture and Environmental Planning. The group received a presentation on developments around landscape architecture and environmental planning. Members noted some of the factors which contribute to national beauty and consideration of different aspects which make areas so distinctive.

The group noted definitions of valued landscapes and policies around local plans. Ms Farmer identified some of the values which identify and inform land management guidance and assessment of particular areas in order to form an evidence base to take needs forward. These values provide a guide so that judgements can be made as to where the limits should be set.

Members noted information which provide an indication of how different elements affect capacity to enable new development and establish what matters and why. This provides information in considering how to conserve and enhance natural beauty of these landscapes. Ms Farmer outlined how this evidence determines decisions on good design and fit as well as relationships to existing settlements and the importance of mass, colour and materials. She stated the importance of many considerations in thinking about conserving and enhancing protective landscapes and making a positive contribution.

The Chairman thanked Ms Farmer and asked about the willingness of developers to work with this subtle model and whether there is resistance because they are afraid that it may lead to uniformity of areas? Ms Farmer responded by informing the group that on the whole, developers are on board, but there are still issues around the processes and keeping everyone happy. However, dialogue is taking place and will continue and hopefully improve.

The Chairman thanked the speaker for an interesting and informative presentation.

The presentation can be found here.

Members went on to receive a presentation on the issues faced by rural areas and the need for a cross governmental department and properly funded rural strategy to ensure that these are recognised, and work can co-ordinated be done to try and address them. The main priorities were set out in the RSN’s “It is Time for A Rural Strategy” document

Mrs Booth outlined details of various solutions which would help rural areas to thrive - including a fair deal for local government (and other public services’) funding and access to affordable or social housing. Service delivery on health and social care is funded less favourably in rural areas despite a higher proportion of people needing it. At times extra provision is needed in rural areas just to allow them to have the same benefits as others, such as access to hospitals, transport, etc.

Mrs Booth discussed issues around education and how important focus on rural recruitment is. Members noted the higher costs in council tax in rural areas, despite receiving less services. They agreed that they should also not be penalised for dealing with adverse weather which is more extensive in these areas. Government should have a duty to provide a more transparent rural proofing process and a proper legal basis for rural proofing.

Mr Biggs re-addressed the background around the need for the campaign and reminded members of the House of Lords Select Committee which had been set up to look at the same issues. He outlined the recommendations and the Government’s response to these together with SPARSE’s commentary. Members noted that the Government had since rejected the request for the actual Rural Strategy - although they have outlined that they would develop a strategic vision.

Mr Biggs reminded the group that no further information has come through since June 2019 and given the current political situation and the upcoming general election, it would be important to engage again as soon as possible in order to obtain better clarity on the way forward. Work continues via the regional roadshows and with other organisations and dates will be provided for any outstanding. Mr Biggs acknowledged that the template needs more work to include some more important national issues such as Climate Change/Zero Carbon.

It was felt that it would be important to engage with government in acknowledging the positivity of investing in rural areas and this work will be taken forward. Evidence would be necessary to ensure interest. Members noted that the Chair of the Select Committee has agreed to lend his name to a discussion on tactics in keeping this debate live and this was positive in being able to use parliamentary processes to take the right steps forward.

Members noted the involvement of the former Rural Services APPG in a type of scrutiny role. Anticipated changes to the fairer funding formula will inform how things move forward and it would be important to articulate in detail the reason why fairer funding is so important to rural areas.

Members noted the number of responses from the recently circulated consultation and raised one objection referring to recommendation in the Lords Report and our response on good practice. Members noted the objection to RSN’s response and the definition of sustainability. Mr Biggs informed members that he will be meeting the member body them to discuss but the initial inclination is not to change it.

Mr Biggs referred to the Manifestos of the different political parties and the upcoming General Election. He reiterated the importance of including fairer funding for rural areas whoever wins.

Members noted that a revised document as to the Commentary including changes following the recent consultation will be circulated to members.

Cllr Motley thanked Mrs Booth and the Mr Biggs for the update.

The presentation can be found here

There was no other business and the meeting was closed.

The next Rural Assembly Meeting will be held on 6th of April 2020. 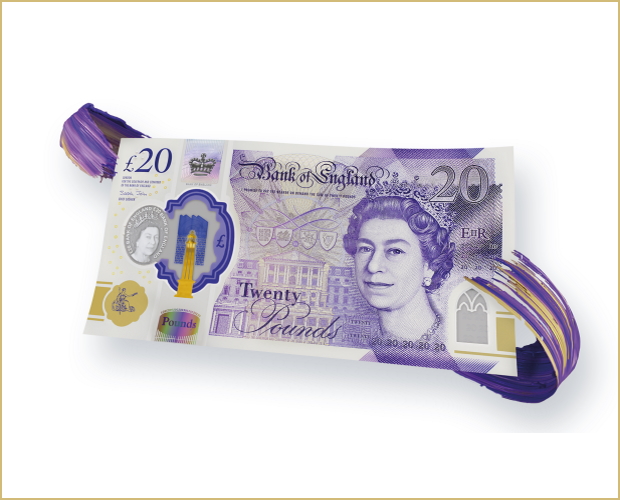